After a short break over the Christmas period, construction continues at the METL RTO in Henderson, WA. Structural steel for the façade and office space has been erected and the stairwells are in place or awaiting connection. Internally, walls and slabs for the lunchroom, first-aid room, communications room and change rooms have been erected and fit-out commenced. Landscaping has now started with the terracing of garden beds at the front of the premises, between the road and the fence line.

The program remains on-time and within budget, and there have been zero LTI’s registered onsite. The schedule in the coming weeks will see the tilt-up panels for the office space put in place, and further concrete poured for the first floor, once extra structural steel is bolted into position.

View from the front of the property

As the weather heats up in Western Australia, the builders and contractors have started at earlier times in the mornings as to avoid prolonged exposure to extremely high temperatures in the middle of the day. January temperatures have reached as high as 45 degrees Celsius.
The whole team at METL, are very much looking forward to the next few months where dreams will finally become reality and training in WA will have a “New Kid on the Block” who will be at the forefront of High Risk and Maritime Training.

Training school progression from the inside 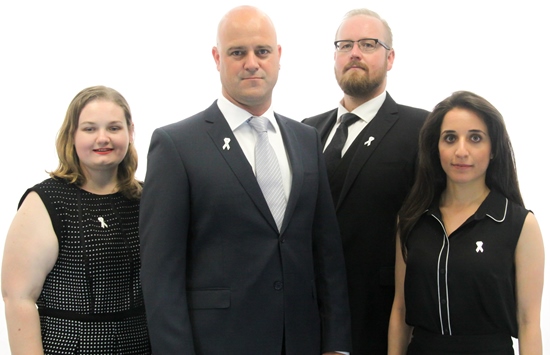 The METL team would like to thank its workforce, clients, stakeholders, and supporters for your contribution to our ongoing successes.

2016 has proven to be a challenging year in the industry, but one that METL has risen to meet, coming away with several awards in both the maritime and training sectors.

We look forward to working with you all in the new year, and hope to make 2017 as positive as its predecessor,