In his role as Operations Officer, Kevin draws on extensive experience in customer support, sales and training for organisations such as Australia Post in WA and RBS group in the finance sector in Ireland. While living on Christmas Island, Kevin was Senior Training Officer for Indian Ocean Group Training Association. In this role, he enjoyed the challenging logistics and rewarding results of helping people build on their existing skills - a continuing feature of his role with METL. Kevin studied a Bachelor of Science in Chemistry at Murdoch University in Western Australia and holds a Certificate IV in Workplace Training and Assessment. In August 2019, Kevin moved into the role as General Manager GTO and in 2021, Kevin moved into the role as CEO.

Ruth joined the team in August of 2014 as Administration Officer, having completed a Bachelor of Business with the University of Newcastle in 2013. Ruth also holds a Certificate II in Information Technology and a Diploma of Business from Hunter TAFE. Ruth has a varied role which includes the implementation of METL’s marketing strategy, assisting trainees, liaising with host employers and partner organisations and general administrative duties. In November 2016, Ruth moved into the role as Admin and Marketing Officer. In January 2022, Ruth moved into the role of Operations Officer, taking on a greater responsibility for the corporate brand.

Moana joined METL in December 2017 on a temporary assignment as the Finance officer working on a part time basis. Moana was previously employed in the Construction industry for the last 15 years and looks forward to new challenges of working within a Not For Profit organisation. Moana has extensive experience within the finance sector and is keen to build upon her knowledge and continue to learn within this sector.

Serving the industry in cooperation with: 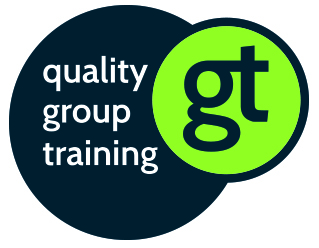